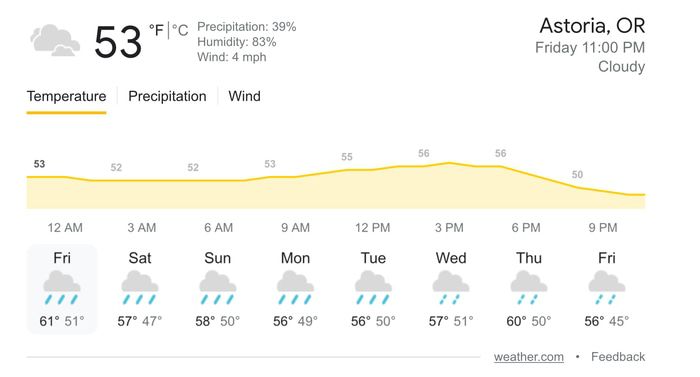 I can’t tell you how long I have been looking forward to this. It is quiet again, so quiet I can hear the call and respond of two owls. One over here and one way over there across the river. Every winter I stand outside just to listen to them talk and wonder if they are the same owls or are they different owls?

One summer night my husband and I were walking down the street near our house and there was this cacophony of noise, a high chirping sound, almost like an electronic pinging.

It was then we realized that all of the trees were full of bats. It felt as if we’d walked into a large gathering, blocks and blocks of trees full of bats and they were all very excitedly talking to one another.

We could just barely see them flying in the air, it was twilight and extremely intense because neither of us had ever experienced this type of bat event, before or since.

Poster Update
My Year-End To-Do list:
— Finish 24 or 25 Posters
— Update Poster Section on Website
— Go through enormous pile of 19th century ephemera for the Book
— Finish two Civil War dolls, one being an antique Lincoln Doll in Coffin
— Photograph items for the book
— List Oddments from collection on Website
— Start building new section for book photos on Website
(This won’t be uploaded until the book is published)

As of this writing, I have 12 Zodiac Posters DONE.
I have two posters to go for this batch, one is all penciled and needs to be inked, but the one I am working on right now is being designed and penciled from scratch. Many of the posters are already penciled, and all I have to do is ink them.

From scratch means I still have about five posters to create from start to finish and they take the longest to design and draw out, redraw, erase, tear it up, take it outside and...

When I worked with Billy Jamieson as his top researcher for nearly eight years, my job entailed finding and researching items for his collection. It was through him I learned about the scientific process of determining whether leather is human skin or animal skin, as well as the old-school way of looking at, feeling and smelling the leather.

Billy was the exuberant Canadian collector who bought the Niagara Falls Museum, which housed Egyptian mummies, one of which was later believed to be Ramses I.

You can read about the discovery of Ramses I here.

You can watch a short video of Billy and his amazing collection here.

The Egyptian mummy in the case in the video was originally mine. I had put an ad on my website looking for mummies, shrunken heads, tanned human skin, etc and a man near Seattle called up to say he had saved two mummies from the dump. A school had decommissioned the...

The Book
I officially completed the second draft. And because I don’t totally trust technology, I backed up all my images and second draft on not just one but three external hard-drives.

It 2004, I bought a wee 34-page booklet titled Widow’s Weeds and Weeping Veils: Mourning Rituals in the 19th Century by Bernadette Loeffel Atkins.

When I read thIs little tiny book, I was blown away, there were no other books like it out on the market at that time, none that I knew of anyway.

I wanted to write a similar book on this very same subject, so I ran out and bought an HP laptop at Fred Meyer and started researching. I had absolutely no idea what I was doing.

For nine years I researched, wrote, pondered, wrote, wrote some more and by 2013, I realized there was already a glut of Mourning and Grief books. Did you know that as of this writing there are over 10,000 books on Mourning and...

This has been an exceptionally hard few days for me because of Hurricane Ida. I still have PTSD from Katrina and of course, when I saw Ida barreling directly toward New Orleans, my heart sank.

I remember obsessively refreshing the live camera that was aimed at Cafe Du Monde as Katrina made landfall, hoping and praying New Orleans would be spared. Out of all the American catastrophes I’ve witnessed, I still consider Katrina and the near death of New Orleans the one that made me cry the most, especially what happened in the Lower Ninth Ward.

I have never been to New Orleans and was actually making plans to visit for a few days for my birthday but then Covid hit. The one main reason I wanted to visit was to do in-person research. A pretty substantial part of my book takes place in New Orleans in the 1850s and 1860s, and I keep wanting to get there but each time something comes up.

The weather is hot and humid, and I feel like I am watching a slow motion Jonestown mass murder taking place in real time.

The Book
I have about a week to go and then second draft will be completed. I am looking at around 800 pages of historical narrative non-fiction. About Death. This is not a book about grief, mourning, or emotion. This book is not about that.

Most of it will have to do with the backstories of pieces from my private collection, all of it is connected from start to finish.

Molly looks like she was articulated during the 1960s, whereas Jack looks to be over a hundred years old and...

Social Media is everyone’s imaginary friend until after a while, the lines start to blur and it’s not clear who is your friend or enemy. Social Media is in fact, your frenemy.

Social media gives people this false sense of moral superiority, the bloody “Internet Scolds,” who love to stew in a cauldron of self-righteousness. It makes them feel sanctimonious to signal one’s virtue to others, and it is exhausting.

I am reminded of the book “Crowds & Power” and how algorithms love latching onto drama and then suddenly it’s Shirley Jackson’s “The Lottery” in real time on Twitter.

We as a society need to collectively break the addiction of dopamine Likes, Retweets, and Follows on Social Media. We are being manipulated by algorithms that have been created by not-very-nice people.

A quote by the author Ottessa Moshfegh in Bookforum:
“I wish that future novelist would reject the pressure...

The other day I was going through everything getting ready to start shooting photos for the book and culling stuff out to put up on the website, when I found tucked away in a corner an empty Russian Vodka MONOPOLOWA bottle.

This was from when Adam Parfrey of Feral House publishers dropped by for a visit here on the Oregon Coast. For the rest of the night, he got massively devilishly drunk, told an endless stream of deliciously offensive stories while we gossiped madly about people we mutually had known and worked with, trying to top each other with outrageous stories.

I told him a story about how a mutual friend of ours who many years ago showed up at 3 a.m. in my kitchen with boxes full of poppy straw. He wanted to cook up Black Drop but he didn’t have a working kitchen, so I said sure. Then, he taught me how to make Victorian era Black Drop. He basically cooked down all the poppy...

Things seem to be moving slowly at an incredible pace, I wish I had more hours during my day/night.

We are on the Oregon Coast and just survived probably one of the worst summers since moving here. Thankfully, it has cooled down, and there is a strong breeze blowing and the rest of the week looks to be normal 70s.

The Book
I am slowly inching along, my subject has died and the funeral is done and I am officially at the end of the book, second draft. Now I am heading into the epilogue and then taking a much needed break to work a few months on posters, update the website with the new posters and the oddments section, and start preparing a section on the website for the book. All of the photos for the book will be on the website, and I am already thinking about how to design that section. All hand-coded by moi.

When I am all caught up on all that, then I can jump into third and final...

Music: For My Soul by Sublab & Azaleh